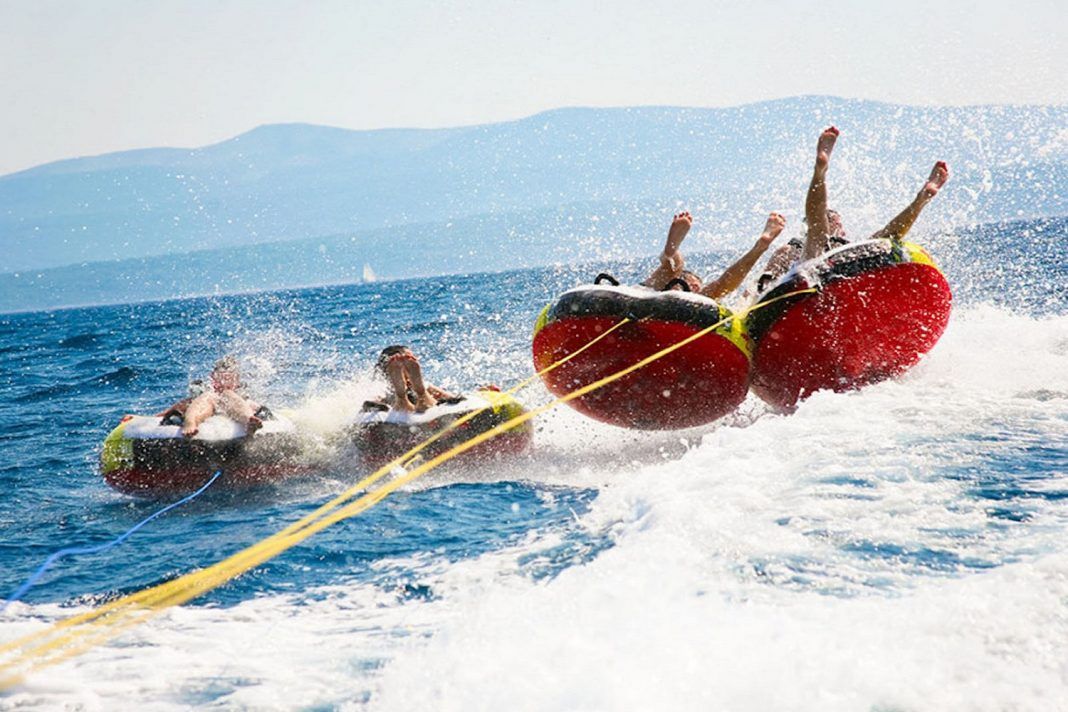 They change all the water sports – All changes

"The cultivation of marine traffic education and general culture proper swimming behavior should start at an early age"…..

He noted the Marine Minister Fotis Kouvelis, on the occasion of the declaration of May 11, as National Marine Accident Prevention Day and Choking at a special event held at the Marine Department in cooperation with the non kerdoskopoiki organization Safe Water Sports.

Characteristically, how the 2018, and according to the latest data of the Ministry of Shipping, recorded 413 Deaths at sea for various reasons, while the 2017 it was 357.

As for the causes of deaths at sea, most recorded in the elderly, especially midday, one in four purely due to drowning while the rest in pathology.

According to the organization Safe Water Sports, drowning is the second leading cause of death for children from infancy to 18 years, while it is estimated that every year 50.000 European citizens injured by participating in water sports and activities with boats.

The Marine Department has already gone into strengthening the institutional framework with stricter rules for companies of water sports, and provided new most enhanced licensing conditions, training, necessary equipment and supplies to bathing facilities and a compulsory lifeguard intake beaches.

"In a country like Greece, with 13.676 kilometers of coastline, to enable people to enjoy the pleasures of the sea, they need to know and how to behave when in water. To know swimming and, have traffic education or rule when they travel in a recreational craft "he said in his speech, the Marine and Island Policy Minister Fotis Kouvelis, who referred to maritime safety and the implementation of actions to inform and sensitize citizens and especially students.

He added that modernized Article 20 General Ports Regulations around the cruisers and other water recreation through.

He stressed that the changes concerning the safety requirements, the operating conditions, the technical requirements for towing vessels, to conditions and qualifications necessary for the granting of licenses leased marine leisure media, ban on the use conditions and penalties in case of violation of the new rules.

The event was the presence of students of 5th grade 5th Primary School of Piraeus and Marine Minister after the event, He spoke with the children about the program drawn up by the Port Police Directorate in cooperation with the non-profit organization Safe Water Sports, entitled "I watch – I'm learning – I care".

This program, approved by the Ministry of Education and is under way in 2016, It has been presented in more than 150.000 elementary and high school students, and upgraded, improved and expanded.

The presentations made are interactive virtual scenarios to beaches and seas. so informing the children gradually and incrementally, for the correct behavior of the sea and the safe conduct Watersports.

Mr.. Kouvelis thanked the students of the 5th Primary School of Piraeus and their teachers, and the officers of the Coast Guard for their efforts to promote specific educational program that he said should be embraced by teachers themselves as all of us.

"We are entitled to count every time the dead and wounded in the seas. The sea, The beauty our sea, It offers us the opportunity to rejoice, lossless, without trauma and to recognize that the environment, when we respect their various forms is an important commodity. And this good nature has to offer is in Greece ' reported.

"The joint initiative of the Ministry of Shipping and Safe Water Sports to establish the National Marine Accident Prevention Day and Choking, I think it is a great opportunity to highlight the leading role of our country, in global level, in water safety and sea. Our example can be followed by other countries, so that day to become World, which will contribute substantially to raising awareness and education of all – informing children and young people ', He emphasized by the side of the president of the nonprofit Safe Water Sports Panagiotis Paschalakis.

Followed by the presentation of the program students, with special educational suitcase game, from strains of Safe Water Sports.

How the initiative started the non-profit organization Safe Water Sports-

The initiative was launched in response to a tragic event that occurred in the summer of 2014 Mykonos which resulted in the death of a 10 year old child, Michael Paschalakis.

The Safe Water Sports pursues a systematic and continuous activation of all capable of the private and public sector to organize, the modernization and strengthening of security policies and legislation.

"I have confidence in the Greek justice," said ANA-MPA president of the organization Panagiotis Paschalakis occasion trial conducted Thursday in Syros for the tragic accident 2014 Mykonos which cost the life of his child.

Defendants in felony (nr 97/2018 Ordinance) are the two owners of the company renting water sports and recreational media, and the driver of the speedboat.