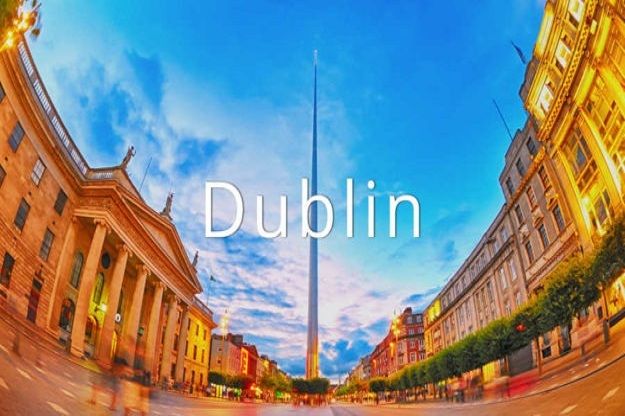 «The Irish Hellenic Society»!! Irish philhellenes you fascinated by history, our culture and speak Greek

The Irish who love Greece

Located in the most distant end of northwestern Europe, on an island where the weather is not at all resemble those of the Mediterranean,….

as temperatures are low throughout the year: the Republic of Ireland.

The same, Nevertheless, They characterize the "Mediterranean people of the North", because despite the fact that they learned to live in the rain and cold, the Irish are people who love the sun, heat, the song, like beer.

Some of them are very fond and Greece.

So much, that apart from the trips made in our country, learning and language.

indeed, from 1962, Dublin is an Irish community philhellenes, with about today 110 States.

"And all you have nothing to do with Greece; ancestors; wives; distant relatives;"Was the question that was asked by Mr. Chamonix, to explain how, although the Greek language is difficult and Greece is quite Ireland, there is a separate Irish community, Charmed by the history and culture of our country, He learned to speak Greek and most of its members go years holiday in Greece.

They are people of the Greek story interested, the Greek art and of course the Greek language.

The same, indeed, Byzantinology teaches courses in summer school IBGSS (International Byzantine Greek Summer School) Trinity University, while the author of a book mentioned in the history of the Ionian Islands («The Ionian Islands: Aspects of their History and Culture»/co-edited with Anthony Hirst, 2014).

"I was taught Greek at school and then at the University, where I studied ancient Greek and Latin ", says Mr. fluent in Greek. Chamonix.

"In the past, I was a diplomat. I worked in the diplomatic service of Ireland. worked on 35 years. Now I am retired ", adds.

Between the Irish and the Greeks, Mr.. Chamonix sees that there is chemistry. The Greek did not seem easy language, but it is equally difficult and Irish.

"Truth, what language do you think is better for someone expressed, Irish, the Greek or English;"Asked.

"I think all three. For the song they are Irish… But surely the Greek has long history. For poetry the Greek language, which has the Epics, something that we have not, "says.

There are many reasons to learn some Greek, says Mr.. Chamonix:

"Greece is an important country for art, history, philosophy.

It is many things together.

There are Irish who want to learn Greek and go for it evening at Greek school ".

Recent years, Greece and Ireland shared some common experiences in the economy, passing the test of understanding and the crisis.

Asked how the Irish saw the outbreak of the crisis in Greece, Mr.. Chamonix said that although there were some common, the situation was more difficult in Greece.

"The Greeks are clever people and that is their strength.

We thought that this would change.

Some other folks might have a bad image for the Greeks, but equally ugly picture had for us, I want to say that this was something that we lived and we 'stresses.

The president of «The Irish Hellenic Society» They were among the Irish, who participated in the event action "city diplomacy", held recently in Dublin for the screening of Thessaloniki as a tourist destination, where professionals, hotel owners and operators of tourism, under the auspices of the Municipality of Thessaloniki they traveled to Dublin and had to Irish professionals all the reasons it is worth to invest in the tourist city of Thessaloniki and the wider region.

Thessaloniki, in any case, Mr.. Chamonix to know the 1990, when he visited for the first time.

"Before I was about three years and again in Thessaloniki. I visited the Byzantine Museum, which I really liked. I knew the museum in Athens, but not the one in Thessaloniki "says.

If we want to persuade more Irish to visit Thessaloniki and the wider region, the data must showcase is -according to Mr.. Chamonix- The following:

"the nature! As you can see (SS. the day of the interview was raining), can in June in Dublin not see the sun.

Of course equally important is the story of Thessaloniki and the surrounding area, such as Veria, who have visited, Vergina or Meteora ".