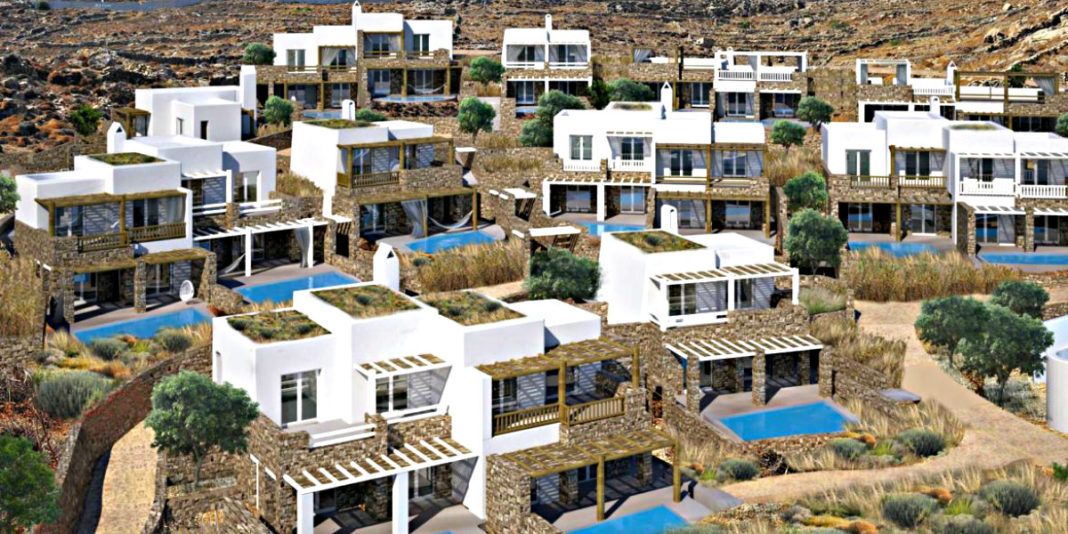 What brings the "marriage" Kokkalis with the English!! The "landing" in Mykonos, Luxury complex in Kalo Livadi Hotel + Villas!!

The "landing" in Mykonos, the luxury complex Kalo Livadi Hotel + Villas and next targets…….

At first it was a "crush", which then evolved into "marriage", first stop in cosmopolitan Mykonos.

as shown, however, will have great 'then'……

The alliance Kokkali group with brothers Ian and Richard Livingstone came because of two business 'obsessions'.

Socrates Kokkali the "island of winds" and Livingstone brothers in Greece.

The first has long been "landed" in Mykonos, acquiring land which gradually builds.

The second came, They departed and returned.

S.. Kokkalis, through Intrakat and then the Intradevelopment, so far he has progressed in three major moves in the "golden board" of the island.

With individual villas, like Villa Sofia and the Villa Ailia, the luxury residential complex Villa Stufrza, on the hill above the beach of Kalo Livadi and of course with five star White luxury boutique hotel Mykonos.

The big bet, Nevertheless, it was the project that made use of the private area 100 acre, also in Kalo Livadi.

The group had completed its preparations (licenses etc.), but looking appropriate "teammate".

The "bitter and costly experience" and Comeback

The brothers Livingston, the giant London & Regional Properties is "old acquaintances" for our country, as they claimed the mega project of Greek, -for which, as they say the information, They spent about euro-, but they did not arrive until the end.

After such a "bitter" and costly experience, the logical thing would be shed "black stone".

They, contrary, They made an investment come-back, seeking new opportunities in the tourism market and focus in popular destinations, such as Dodecanese, Cyclades, Crete and Athens.

The first deal came in 2017, when L&R Properties after negotiations that lasted several months, acquired Amathus Hotels Rhodes Rhodes from the Cypriot Lanitis Group, against 30,5 from. euro.

Follow this July the acquisition of Titania in Athens, the price close to 50 from. euro.

Between in two deals was the "meeting" with the side Kokkali, which they agreed to proceed with the project in Mykonos, height euro. 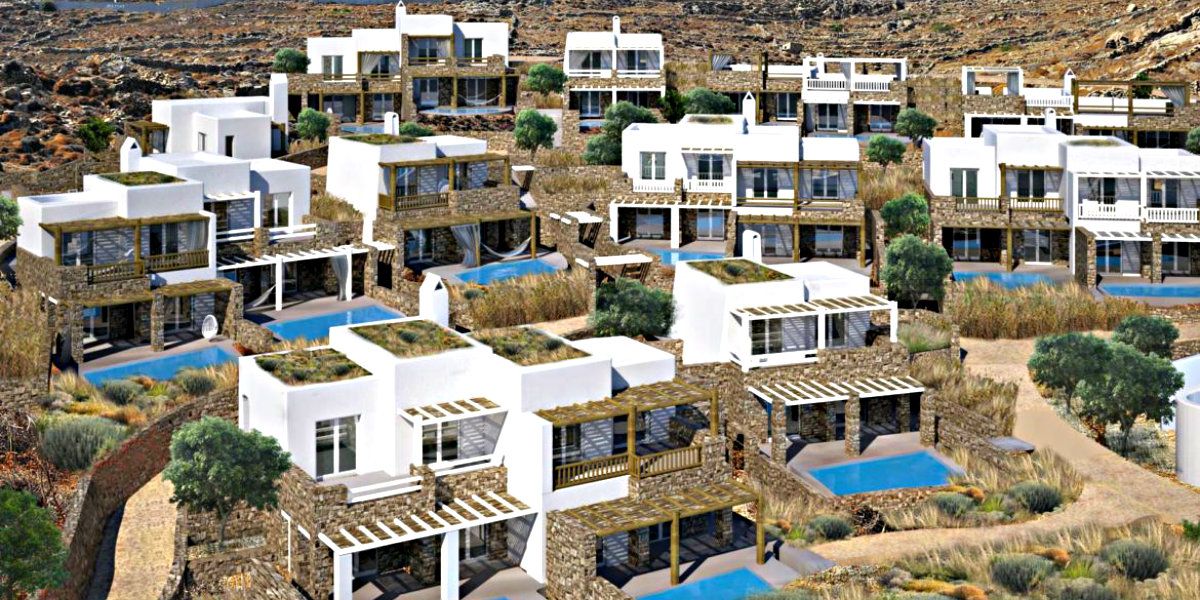 So, the Kalo Livadi Hotel + Villas He began to escape from the drawings and true.

the projects (from Intrakat) They have already begun targeting the new large and luxurious complex to open in Q2 2020.

will have 75 suites, an all-day dining and a specialty restaurant, a spa and 12 villas for rent or sale with private access to a beautiful small beach.

The resort will be the first "name" Mykonos and already ongoing discussions with large tourist groups for manage-ment.

The complex is in a period and the AGC of Astir Palace is launching its own project nearby.

According to information, the band that will be created by the joint venture will be in Mykonos class 5 star, will have 75 suites, 1 all-day dining και 1 specialty restaurant, a spa, as well as 12 villas for rent or sale with private beach access.

indeed, the resort will be the first name on the Cycladic island resort, Once the discussions with major groups are already underway, to found the international company which will undertake the management of the hotel and will give a strong brand in the unit.

noted, that the necessary permits have been secured and construction work is currently in progress.

At the same time, equally in Mykonos, the Intradevelopment develops a cave villa 550 square in a seaside plot 8 acres in Great Meadow (The project STUERZA).

Regarding the project, the company's assessment refers to completion of the construction phase in May 2020.

What comes from the "concurrence" of the Kokkalis with the English

The question, which now arises is whether this "concurrence" Kokkalis with the English will have the next "station".

Those who know more betting on the 'yes'.

This is because the L& R Properties is clear that in the footage includes other "hits" in Greece, who "spread out" geographic areas of common interest with the side Kokkali.

Whether thus relating the center of Athens, or other tourist destinations there are working room.

In each case, the joint venture with an investment "giant", that has value portfolio 9 billion. sterling (with dozens capacity hotels 17.000 bender, in Britain, Central Europe, US and Caribbean) and is the largest private non-listed real estate company in Europe opens up new prospects for the Greek group.

The Integrated Project for Villa Ailia

The activity of Intradevelopment the cosmopolitan island of Cyclades is intense.

In July 2018, indicatively, completed the full reconstruction of an old building and the conversion into a luxury villa 5 flat, under the name «VILLA AILIA».

As said above, The main house extends 5 flat, and there is a cluster of houses completed by an independent hostel 140 sq.m. and a bungalow 35 sq.m. with its own pool.