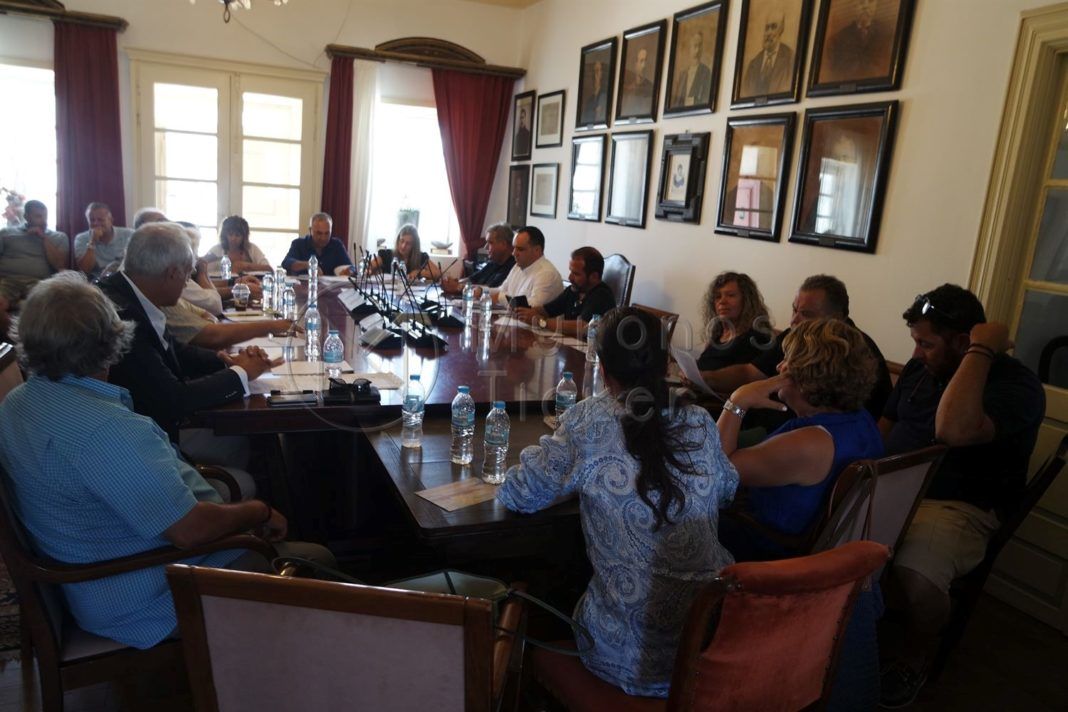 What salaries will receive Councilors [GG]

Compensation for participation in meetings of the City Council, right, the Councilors who swear these days…..

particularly, there is defined that the city council members, except those receiving remuneration (ie excluding Mayors, of Deputy Mayors and Presidents of Municipal Councils, once they receive remuneration under paragraph 1 of ar.92 of n.3852 / 2010, as applicable), entitled to compensation for their participation in the meetings of the City Council and until 4 meetings per month.

The above compensation not paid to Councilors elected:
«a) the municipalities of electoral districts A and B Athens, A and experiment B and A Thessaloniki,
b) to other municipalities, if their house is less than 10 km. from the municipal or local communities hosting the seat of the municipality. "

The same provision states that the exception of a case does not apply to insular Municipalities under management in these regions, in which a special exception applies in the case b.

The amount of compensation, for each session, may not exceed an amount corresponding to 1 % of fees of the Mayor of Athens and charged to the relevant budget OTA.

In application of the law and therefore JMD, City Council defines the beneficiaries compensation for their participation in the meetings of, on the basis of residency certificates ar.279 of the n.3463 / 2006 presented and distance settlement, in which the dwelling is located, the Community, in which the seat of the municipality. The estimated amount of the compensation is entered in the budget of the Municipality.

Anyone change the permanent residence of the Municipal Councils must be reported to the City Council, to take the decision and to make the necessary amendment.

If the seat of the municipality is the village or location outside of the village, which is located in the Community, then the mileage is calculated on the basis of the settlement or the position of the seat municipality's.

By the same decision the City Council determines the height the compensation paid per meeting and to four per month, which may not exceed 1% monthly of fees Athens Mayor.

Each amending the rates compensation is a new decision of the City Council and in any case not exceed that threshold.

As a monthly remuneration of the Mayor of Athens deemed current gross basic pay, without any bonuses and other bonuses.

The estimated total (gross) amount entered in the respective codes of the annual budget of the municipality.

As provided for in the abovementioned n.2 JMD, within the first 7 days each month, Mayor or competent Deputy Mayor or City Council President shall transmit to the Economic Service of the Municipality situation of beneficiaries compensation to the days of each participation in the meetings of the City Council during the previous month.

As a meeting is entitled to compensation and the Advisor who left before completion this.

The payment of compensation is from time to time as defined by the above decision of the City Council.

Of the amount paid to each beneficiary, deductions removed.

noted, also, the paragraph 10 of the ar.92 n.3852 / 2010, added with paragraph 3 of the n.4483: 33/2017, whereby the members of the City Council regarding their compensation per meeting (and Mayors, the Deputy Mayors and Presidents of Municipal Councils for their remuneration) have deniability download this or concession this to any social purpose. Refusal or grant communicated request of heretics to the Financial Service of that municipality.

End, Referring to the remuneration Athens Mayor referred to above institutional, Remember that the number. 72865/2018 (GG. Second 5726/19.12.2018) Joint Ministerial Decision its been defined "The remuneration of mayors in municipalities with a population of over one hundred thousand (100.000) residents 4.275 €».

Coronavirus Travel-Daily Mail: "Through Edinburgh, the British in Greece"

In the EASA list (European Aviation Safety Service) European unsuitable airports do not include that of Edinburgh ....... The belief that they will eventually succeed in ....
Read more

Coronavirus – Reopen Beaches: Solving the crossword puzzle of the beaches

A sign that clearly states (with detailed drawing and photography) which beach section each business has rented must be next to it..
Read more

Coronavirus and Smoking: What the research shows so far!! [Study]

Coronavirus – Swimming pool: This is the danger of swimming pools!! Who should not dive!!

EODY has given detailed instructions for the swimming pools in view of the reopening of the hotels. What should bathers watch out for?,....... σύμφωνα με την...
Read more
Airplane - Flights