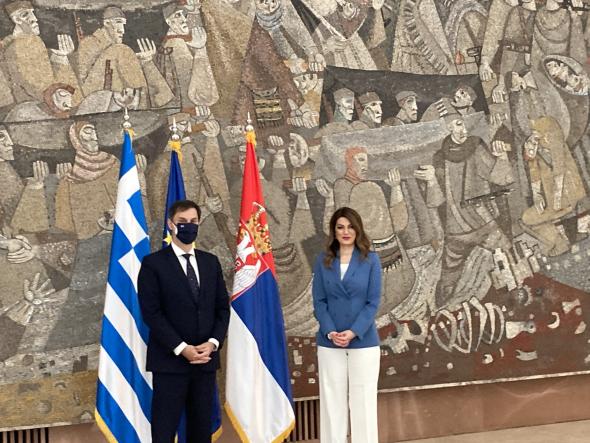 Tourism Season 2021: Greece will recognize all vaccination certificates from Serbia

Facilitating the flow of tourists between Greece and Serbia during the upcoming summer season was the main topic of today's meeting in Belgrade of the two countries' Tourism Ministers., Thanks Theochari and Tatiana Matic……….

All possibilities were examined with regard to the safety of visitors and workers in tourism and it was found that the problems created by the pandemic can be overcome..

It was agreed on the basis of the proposals of the European Commission to apply three protocols to each other at the gateways so that no visitor is excluded. As Greek Minister Haris Theocharis stated in the joint press conference, the digital vaccination certificate will be valid for all those who have had the coronavirus vaccine and, he said, Greece will accept all vaccines used in Serbia, even those not approved by the European Medicines Agency (EMA) such as Russian and Chinese.

A second way of entering will be the negative molecular test that should be carried by those who have not been vaccinated, while antibody tests are also being considered. Thirdly, there will be the possibility of entry with a certificate certifying that the traveler has fallen ill with Covid-19. 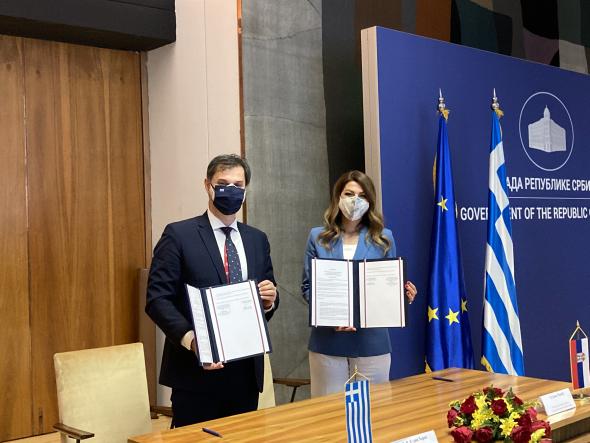 Mr.. Theocharis also said that the Greek government will consider opening the border for Serbs, perhaps before Easter, given that the vaccination program is rapidly evolving in Serbia.. He said this would be done on a pilot basis. All these, as mentioned, will be ratified when the technical procedures for their proper implementation are completed and a relevant memorandum is signed.

The Minister pointed out that this year Serbian tourists will be able to enter Greece through two border crossings at the border with Northern Macedonia and three border crossings with Bulgaria.. Ms. Matic told a news conference that Serbia would facilitate travel abroad and those who have not been vaccinated by providing free molecular tests..

After the meeting, the two ministers signed a joint statement of intentions for cooperation and the resumption of tourism.. Mr.. Theocharis is currently meeting with a delegation of the Association of Tourist Agencies of Serbia and will then go to the parliament where he will meet with members of the Greek-Serbian Friendship Committee..