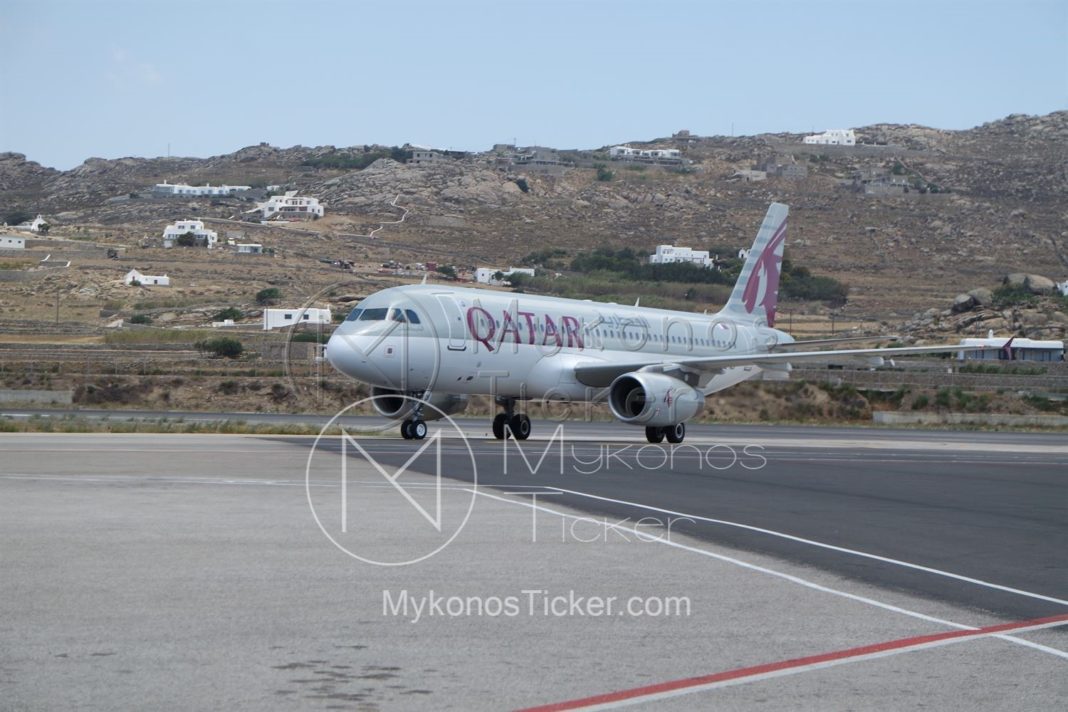 Qatar Airways returns to Mykonos from 14 May
Return to Mykonos by 14 Qatar Airways in May, even starting the flights with the "opening" of Greek tourism, based on the goal set by the government staff, coronavirus always allowing………

The airline according to its official announcement, will fly to the island on the route Mykonos- Doha three times a week, connecting the island of winds with 35 cities in Asia and the Middle East.

The flights will be operated with the modern aircraft A320. The plane has me 12 Business positions and 120 Economy positions.

In fact, in the official statements, the CEO of the group Mr. Akbar Al Baker reported that "Qatar first started flights to Mykonos in May 2018 and this particular route was very popular. Due to the pandemic we had to suspend flights last summer, however now we are really excited about our return to the island, supporting Greece's efforts to restart tourism ".

The news of Qatar's return to one of the premium destinations inside and outside Greece was welcomed by the Greek Minister of Tourism and. thanks Theocharis, stating that "it is very gratifying for us that Qatar includes the luxury destination of Mykonos in the planning for its summer program, in a difficult period where all our efforts are focused on the safe opening of Greek tourism ".