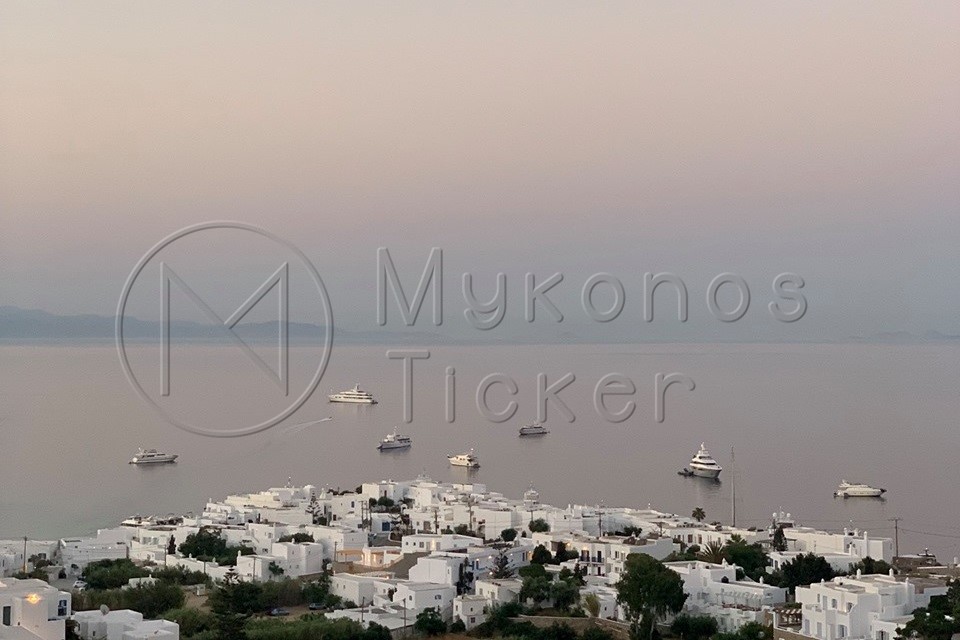 What is YPOIK afraid of for Tourism?!! Black "clouds" over Greek tourism!! With travel bans in many EU countries on the rise due to dangerous mutations in the virus, tourism is once again seeing the light in the tunnel move away…..

Οι συνθήκες που διαμορφώνονται από την αρχή του χρόνου στο μέτωπο της πανδημίας ανησυχούν σοβαρά το οικονομικό επιτελείο σε ό,regarding the course of tourism, as well as the recovery of the so-called “heavy industry” of Greece, together with the funds of the Recovery Fund, will also judge the return of the economy to growth.

The 2019, the share of Tourism in GDP reached the 21% and was larger than any other economic activity. Industry represents the 15% of GDP and construction around 7-8 % of GDP. It is no coincidence that tourism is falling by about 70% the 2020 significantly boosted the recession for the year, which is expected to form just below 10% of GDP.

Currently, unless something changes, the problems faced by the supply of vaccines for all EU Member States and the low rates of daily vaccinations, Community immunity seems difficult to achieve by the end of spring. However, The vaccination certificate promoted by Greece through the Prime Minister himself and adopted by the EU will significantly help in travel restrictions.
Is indicative that the big airline Jet2.com announced yesterday the start of flights and the connection of Athens with London / Stansted, Manchester and Birmingham for…. its summer 2022. It is obvious to many that 2021 is lost.
As the Minister of Finance Christos Staikouras stated yesterday in the Parliament on the occasion of the "package for Aegean". The aviation industry, suffered, due to restrictive measures, very significant loss of revenue, due to the huge reduction in passenger traffic.

"It is characteristic that according to the -from 13.1.2021- announcement of the Civil Aviation Service, the total air passenger traffic (domestic-foreign) of 2020 in Greece ranged from 19,7 million. passengers, marking a significant drop 69,3%. The elements of this great reduction, as a result of Covid-19 disease and world travel restrictions, show that our country returned to levels of passenger traffic 30 years ago, and specifically in the distant 1991, when they were trafficked 19.587.805 passengers at Greek airports.

Features I mention that only for the month of December 2020, there was a reduction of 85% in total passenger traffic (interior – external) and reduction by 88,1% in the arrivals of foreign passengers "said Mr.. Staikouras and added:

-The Tap Air Portugal group was strengthened with 1,2 billion. euros from the Portuguese State, which is in many ways comparable to our state.

-The Alitalia group was strengthened with 273 million. euros from the Italian State.

It is obvious and based on the attitudes of tourism agents that the expectation that the receipts will reach at least 50% of its turnover 2019, ie around 9 with 10 billion euros, she is optimistic.
According to the annual research of the ITEP on the effects of the Covid-19 pandemic on Greek hotels, the average operating time of seasonal hotels 2020 shrunk to 3,2 months and continuous operation in 7 months due to the extraordinary circumstances created.
The average fullness of July – September in the total hotel potential was limited to 23,1%. It is typical that the total room sales of the quarter of July – September 2020 was less than the corresponding sales of September alone 2019. The turnover of the hotels the 2020 decreased by 78% compared to 2019.
Also the dramatic effects of the pandemic on hotel businesses, in tourism and finally in the economy of Thessaloniki confirm the data of the local Hoteliers Association, according to which the city in the year of the coronavirus lost 1,7 million. overnight stays of Greek and foreign visitors. More specifically, the 2020 just recorded 729.246 overnight stays versus 2.442.050 overnight stays 2019, difference corresponding to its unprecedented fall 70,14%.
"The grim reality of the effects of the pandemic for the tourism of Thessaloniki last year is reflected in this and only the number" the Union typically comments. Although the 2020 the Greek visitors were the ones who supported the hotels of Thessaloniki, the drop recorded in their overnight stays reached 59% (459.585 overnight stays 2020 against 1.119.582 the 2019).
Even bigger, one would say overwhelming, was the decrease recorded in the total number of foreign visitors in 2020: The city lost over 1 million. overnight stays of foreign visitors, which have just arrived 269.661 against 1.322.468 the 2019, difference corresponding to a dive 80%.
As is next, the share of overnight stays of foreign visitors in the total fell to 2020 in the 36,98% from 54,1% the 2019. In the first place of the foreigners were the German visitors, with 25.769 overnight stays last year versus 86.599 the 2019 despite their most significant drop against 70%. Regarding the other foreign nationalities, the largest reduction from 2019 in the 2020 was recorded in absolute numbers on Israeli overnight stays, of Cypriots and visitors from the USA. They were lost from the Israeli market 167.808 nights (-90%), from the Cypriot market were lost 94.319 nights (-79%) and from the US market were lost 84.635 nights (-90%). As a result of the dip in traffic, during 2020 there was a decrease in ARR (average room rate) of his class 8,3%, while RevPar (revenue per available room) rose just to 25,69 euro, recording a very significant decrease in its order 53,5%.
The above data are in fact even more reduced, since they were pumped only from the hotels that gradually reopened.
The financial tools to support the hotel industry, have covered so far 1/3 on average of the total liquidity needs of the hotels. Additional deficit 900 million. euro show the cashiers of the hotels due to its uncollected turnover 2020 which reaches 278.365.800 but also shrinkage by 83,3% of advances for 2021.

It should be noted that IOBE records that the country's recovery goes through tourism. In fact, the General Director of the Foundation for Economic and Industrial Research (IOBE) Νίκος Βέττας συνδέει την πορεία ανάκαμψης με τα εμβόλια αλλά και τον τουρισμό όπου βέβαια εκτιμά ότι όσα ακούγονται για πιθανά έσοδα φέτος είναι αισιόδοξα.
"This year will be particularly critical for the Greek economy. It will be crucial if the health problem in Europe is brought under control early enough in the spring, "But the expectation for tourism revenues that will exceed half of what it was before the crisis is optimistic," said the Director General of the Foundation for Economic and Industrial Research. (IOBE) Νίκος Βέττας παρουσιάζοντας νέα τριμηνιαία έκθεσή του για την πορεία της οικονομίας.
as told, in total, The course of the Greek economy after the pandemic is expected to be determined by various contradictory trends, positive and negative. Growth rates can be expected to be strongly positive at the beginning of the output, from the middle of the year, but to mitigate quickly if economic policy does not react in time.