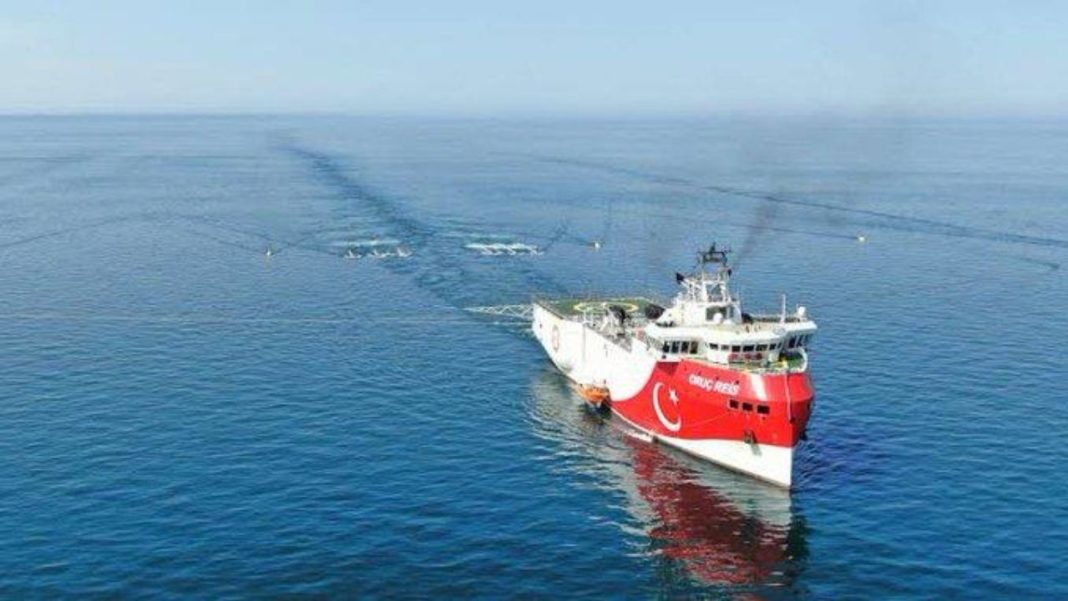 Turkey issues new Navtex: The Armed Forces are on standby for the departure of the Turkish ORUC REIS

Under the chairmanship of the Prime Minister, Kyriakos Mitsotakis, will meet today, at 12:00, at Maximos Mansion, the Government National Security Council (KYSEA).
– Gerapetritis: We are in full political and operational readiness – Turkish Minister of Energy: Oruc Reis has arrived in the Mediterranean – See the area that Turkey has occupied……….
The Turkish challenges are endless. Ankara today released a new Navtex announcing seismic surveys from Rhodes to Kastelorizo ​​and the 30th meridian for space, from today to 23 August.

The ad for seafarers was issued by the Antalya hydroelectric station and based on the coordinates warns that Oruc Reis, with its accompanying ships Ataman and Cengiz Han, will start investigations next to point A. (longitude 027-59-02 00E) from which the partial demarcation line of the Greek-Egyptian EEZ was defined until the 30th meridian.

In simple words, the Turks announce surveys that start from the area south of Rhodes, right next to point A, which is defined as the beginning of the demarcation line in the partial demarcation of the EEZ., between Greece and Egypt.

The Oruce Reis sailed in the early morning and sails off Antalya, accompanied by two auxiliary vessels and warships. The ship sails south and speeds 6 miles.

The area occupied by Turkey

Following these developments, It was announced by the Prime Minister 's Office that today at 12.00 The National Security Council will hold an extraordinary meeting under Kyriakos Mitsotakis at the Maximos Palace (KYSEA).

Under the chairmanship of the Head of GEETHA, General Konstantinos Floros, The Council of Chiefs of General Staff is currently meeting (SAGE), in order to assess the situation.

Speaking to ERT, Minister of State George Gerapetritis stated that Athens is in full political and operational readiness.

Monday morning, the Turkish Minister of Energy, Fatih Donmez, wrote on Twitter that the research ship Oruts Reyes sailed from Antalya for its new mission in the Mediterranean.

As he states in his post, "Has reached the area where it will operate". Alongside, sends a message that Turkey's efforts for "energy independence, in the Mediterranean and Black Sea, will continue without interruption ". indeed, in his post he adds "Oruts Reyes, 83 millions (SS. Turkish) are behind you ". 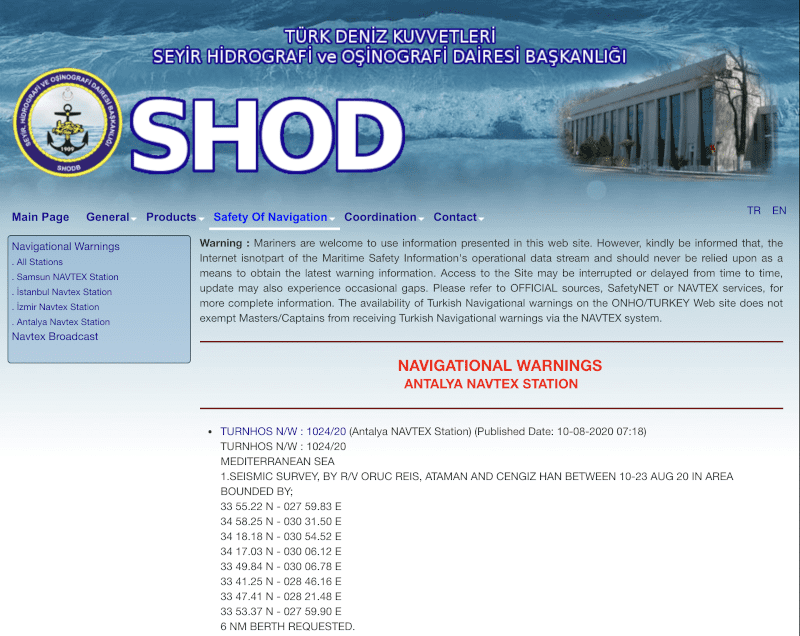 Tsavousoglou: Our ships are heading to the area
In another provocative statement, proceeded the Turkish Foreign Minister, Mevlüt Tsavousoglu, after the Turkish NAVTEX.

"By order of our president, our ships are heading to the area. So it seems that there have been concessions from the sovereign rights of the islands and Crete and this essentially strengthens our positions.. This deal (SS. Greece – Of Egypt) It is beneficial for us, because no one can tell us that we are causing tension. No one can say not to go to these areas. No one can say anything about Turkey's exploration and drilling in the Eastern Mediterranean. And everyone saw that Greece does not want dialogue ", added.

The Turkish Foreign Minister, concluded by saying that “the Agreement between Greece and Italy, like her (with Egypt) reinforce our position that islands cannot have a continental shelf. In the Ionian they did not start the continental shelf from the islands ".

Donmez: The "Oruc Reis" has arrived in the area where it will operate
In his post, the Turkish Minister of Energy, Fatih Donmez, states in a post that "Oruc Reis" "has reached the area where it will operate". Alongside, sends a message that Turkey's "energy independence" efforts, in the Mediterranean and Black Sea, will continue without interruption ". indeed, in his post he adds “Oruc Reis, 83 millions (SS. Turkish) are behind you ".

MTA Oruç Reis Seismic Research Ship, Taking an anchor from Antalya for his new mission in the Mediterranean, reached the work area.

Our efforts in the Mediterranean and the Black Sea to Turkey's energy independence will continue uninterrupted.

The Council of State rejected as unfounded the application of the Panhellenic Association of Shops and Consumers of Catering and Entertainment, with which he asked to be canceled ...........
Read more
Previous article Mykonos: With Ioanna Skartso in the pan-Hellenic championship of composite competitions, the AO. Mykonos
Next article Eastern Mediterranean EEZ: War for economic zones in the Mediterranean;
Share
Facebook
Twitter
Pinterest
WhatsApp
Linkedin
ReddIt
Viber
VK
Tumblr
Telegram
Mix
Digg
LINE
Email
Print