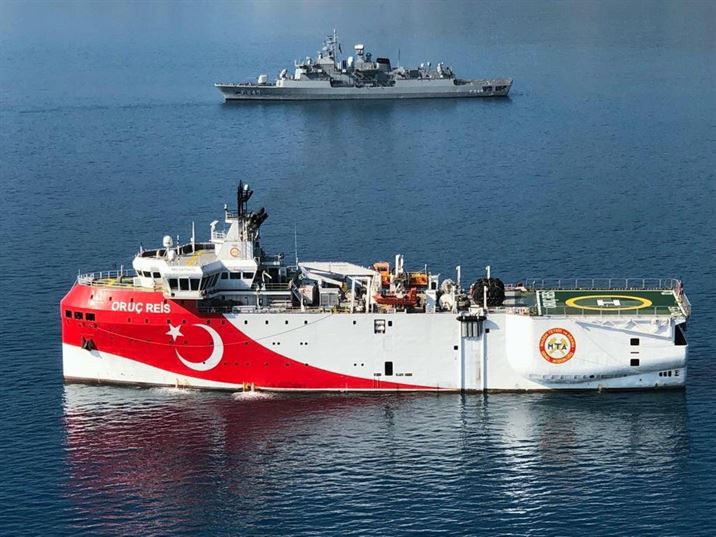 Turkey’s aggression in the Aegean:Within the Greek continental shelf the Oruc Reis

Sources in the Ministry of National Defense in their exclusive statements to CNN Greece on Monday afternoon noted that "the Greek Fleet is closely monitoring the movements of Oruc Reis and depending on the movements there will be an appropriate reaction.".

The Turkish seismographic vessel Oruc Reis from the Cypriot continental shelf entered the eastern end of the Greek mainland about an hour ago..

Entering the Greek continental shelf, he spread cables, has done, namely, cable company however does not conduct investigations

Near the area is a number of Greek warships

From the radio of the Greek ships it is transmitted per 15 minutes the same message with which they tell the crew and the governor of Oruc Reis that he is on the Greek continental shelf and call him to leave the area.

According to informed sources due to the noise caused in the area by the large concentration of warships the crew of Oruc Reis can not carry out investigations.

US Election 2020: TIME changed its logo to "VOTE" to encourage readers to vote – For the first time in its history

"The good epidemiological profile and the ranking of the South Aegean, they should not lead to laxity and complacency ", δήλωσε ο Γιώργος Χατζημάρκος Σε σύσκεψη μέσω...
Read more
View more