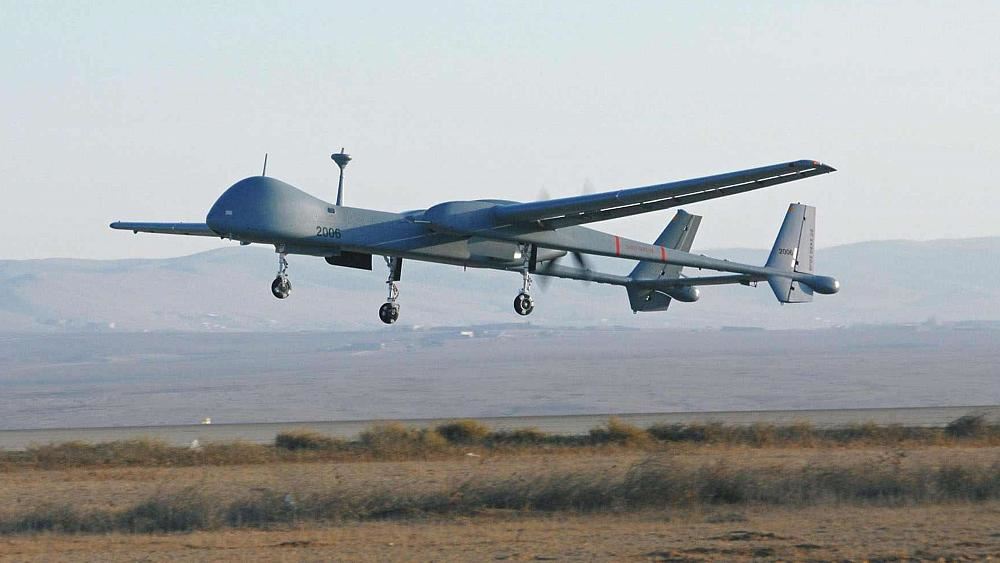 Turkish MALE Anka "visit" the island from great heights and their sensors record "what should not be recorded" as a GEETHA official told "STRATIGIKI". ANKA has EO / IR surveillance cameras while receiving a load of SAR radar sensors which allows monitoring of movements on land and sea at any time.

The flight is completely autonomous while the data is transmitted to a ground control station via a link. Anka flights around and over the island have even been recorded 12 consecutive hours!

The specific MALEs are clearly transmitting on offshore platforms as well (surface ships and submarines) the data they collect as "coincidentally" Turkish naval ships are moving in the area at the same hours.

Anka is an element of further concern that is now used in the operations around and on Skyros 2, the Male twin engine that incorporates two TEI PD-170 engines, that can fly for 40 hours continuously at a height of up to 40.000 feet.

The concern of the Greek side lies in the fact that Skyros dominates not only the air defense, but more generally of the Greek defense of the Aegean. It is just far away 130 km. from the metropolitan center of Athens and 160 km. from the island of Tenedo occupied by Ankara, having assembled in its air and naval facilities the "foam" of the most advanced battle systems of the Navy and the Air Force.