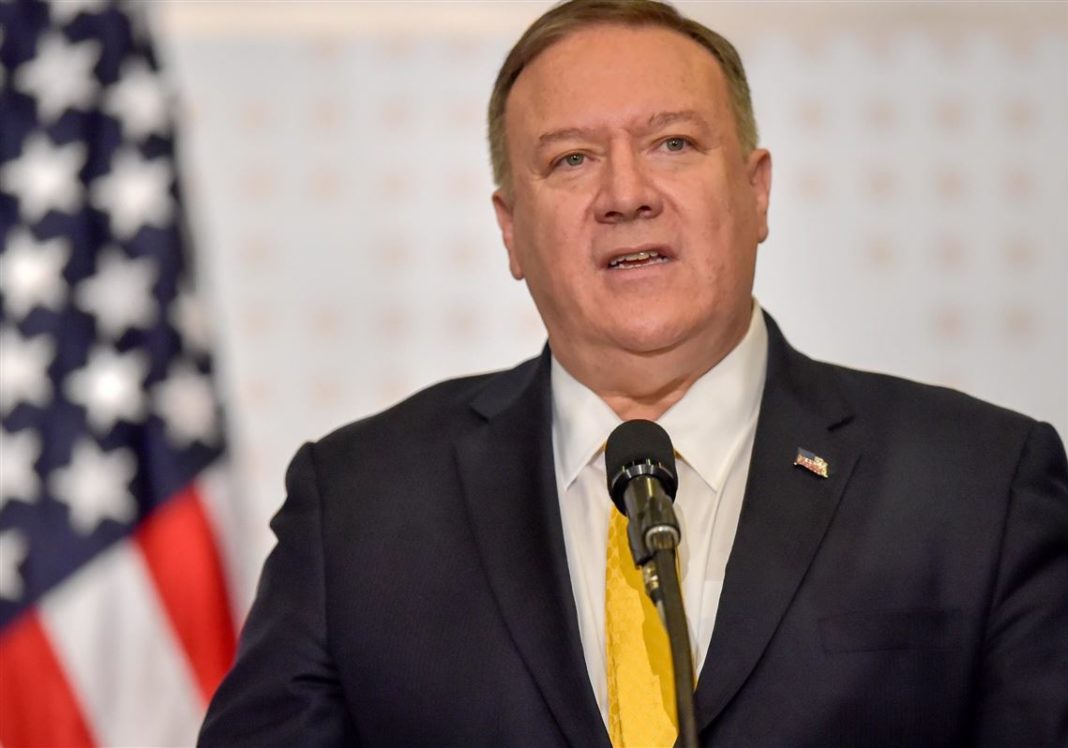 Respect the existing museum regime of Hagia Sophia, which is officially recognized by UNESCO, US Secretary of State Mike Pompeo has called on the Turkish government………. "We urge the Turkish government to continue maintaining the Hagia Sophia as a museum, as an example of its commitment to respect religious traditions and the different history it has contributed to the Turkish Republic and to ensure that it remains accessible to all. ", The US foreign minister said in a statement posted on the State Department's website..

continuing, Mr.. Pompeo states that The United States will continue to work with the Turkish government on a wide range of issues of mutual interest., including the preservation of religious and cultural monuments.

"The United States believes that a change in the Hagia Sophia regime will undermine the legacy of this remarkable building and its unsurpassed capacity. – so rare in the modern world – to offer humanity a much-needed bridge between different religious traditions and cultures. We seek to continue working with the Turkish government on a wide range of issues of mutual interest, including the preservation of religious and cultural monuments ", is typically emphasized.

The US Secretary of State emphasizes that Hagia Sophia is an example of religious expression and artistic and technical genius, reflected in the rich and complex history 1,500 years. For this reason, notes that "The status of the monument as a museum has allowed people from all over the world to access and reflect on this wonderful achievement.".

Travel instruction for Greece, due to the increase of coronavirus cases in our country in recent days, issued by the State Department, παραπέμποντας και στις...
Read more

Coronavirus Disease: 153 new infection cases – the 11 at the entrance gates, no new deaths

153 New confirmed cases of coronavirus cases , of which 11 were found after checks at the country's gates and no new deaths ...
Read more

With a complete exemption from any tax or with a very minimal tax burden, a young person can now, unmarried or married, to buy a first home ..... With change ...
Read more
Previous article Coronavirus Disease: 23 new infection cases – in 3.432 the record, no new deaths
Next article Reopenig Tourism: The platform for the extraordinary monthly compensation of seasonal workers in tourism and catering has opened
Share
Facebook
Twitter
Pinterest
WhatsApp
Linkedin
ReddIt
Viber
VK
Tumblr
Telegram
Mix
Digg
LINE
Email
Print

Travel instruction for Greece, due to the increase of coronavirus cases in our country in recent days, issued by the State Department, παραπέμποντας και στις...
Read more
Breaking News

Property Tax: When should the first installment of ENFIA be paid!! Who is entitled to a discount?!!

EEZ agreement – Mitsotakis: The agreement for the Greek EEZ is a national success – Of Egypt

(Pic.: ANA-MPA) National success, which closes a pending fifteen years, characterized the agreement on the Greek EEZ- The Prime Minister of Egypt Kyriakos Mitsotakis in a statement, in ...
Read more
View more