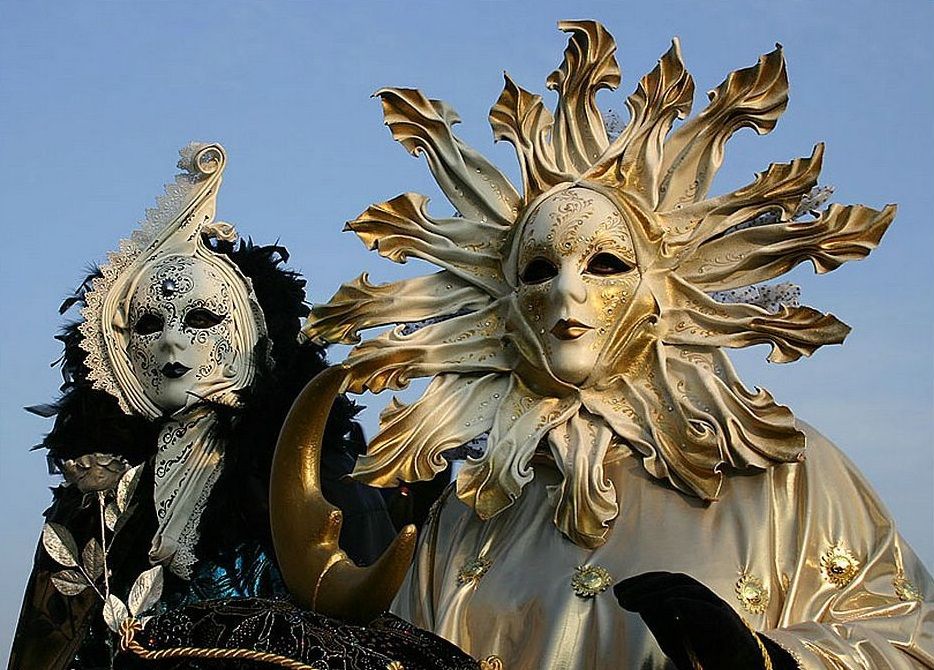 Vamos Carnival!! Take off the masks and pick outfit!!

All this is directly related to the period of Carnival!

But what causes great interest and deserves to be discussed is the fact that the first carnival costumes, those childhood, not easily forgotten!

More specifically, what remains etched in memory is the joy and excitement of intense feelings for his uniform and all accompanying accessories and extra, the ease with which a child "comes to the role of" the hero who plays for entire time wearing his uniform! What is special about, Well, a costume for the person who wears and what are the "secrets" to reveal about the personality traits of;

The psychology of Halloween!!

Many experts researchers believe that the choice of Halloween costumes is not random, as usually think.

And, while we have the impression that we hide behind our carnival mask, in fact not the case.

When choosing a costume, essentially, we experience a piece of our imagination and we reveal to others well hidden aspects of our inner world / self.

In a sense, We express a side of ourselves, usually more creative and liberated, which is the need to manifest.

It may take the form of a hidden desire, an oppressed and excruciating fear or, a creative relief from the daily oppression of obligations.

Indeed, the everyday and the demanding pace, the accumulated responsibilities at home and at work, They require the full attention and dedication and for this reason, the relaxation time that anyone has is strictly limited.

During Halloween, Well, given everyone the chance to explore, safely and no risky, a different side of themselves and to "act out" for a little something unusual and unique ...!

The "debunking" of the mask!

Is it wrong impression που υπάρχει σχετικά με τις αποκριάτικες μάσκες και, after all, They reveal what is more important than what they are trying to hide;

According to relevant theoretical analyzes, The carnival disguise:

Discover what lies behind the carnival costumes!!

It's time to learn more about the Halloween costume that you think can wear Halloween this year or have already worn the previous years!

zombies, vampires, skeletons and other monsters show such a preference to have fun with anything macabre, bizarre and grotesque.

The fairies and princesses represent a 'hidden' nostalgia for youth, the lost innocence and childhood naivety and an inner desire to return to a more secure and simplistic era.

Generally, animals represent the basic instincts. More particularly but, every animal has some special features that underline the uniqueness. For example, the lion symbolizes power and self-confidence, dog devotion and loyalty to the persons, bear physical strength and superiority, giraffe peace and inner peace, cat sensuality and autonomy. The animal costumes can represent some obvious or hidden features of an identity or those characteristics that one admires and would like to have!

The clown uniforms and all their ilk symbolize something eccentric, capricious, playful and youthful. Reveal the need for people to escape from their daily severity and feel ... more children! indeed, some heroes of cartoons have acquired, Over the years, a strong personality that is completely identified with their name, eg, ο Bugs Bunny, who has now registered its reputation cute and full of confidence trickster!

The costumes presenting something infernal, dark and evil give someone the opportunity to express the dark side of himself without guilt! Furthermore, some people use (consciously or unconsciously) these costumes as a way to remove or avoid someone / s or to isolate ... something that shows possible signs of insecurity and indicates a relative internal stress on issues related to interpersonal relationships.

Costumes sexual theme and content represent sensuality, eroticism and sexuality. Indicate that the person, possibly, They like to be the "center of attention" of all!

The costumes of celebrities reveal a desire to show his knowledge of the current issues, how informed or may reveal some interests, such as music or cinema. Furthermore, a suit «celebrities» are likely to represent an individual's personality traits the wearer or to satirize certain social issues associated with the image of «celebrity» eg, wittiness, power, insurrectionism, ethics and corruption issues etc.

The costumes in a matter suggest that one still has the desire and the intense desire to save the world and defeat the evil, as a child! It seems to offer satisfaction when feeling omnipotent, possible, admirable and respectable.

The EU has announced them 14 χώρες των οποίων οι πολίτες θεωρούνται "ασφαλείς" to remain from 1 July, despite the pandemic - αλλά...
Read more
Health

Greece is a breath of fresh air, before the opening of airports and ports, Experts are concerned about the "imported" cases of coronavirus that are now appearing..
Read more
View more