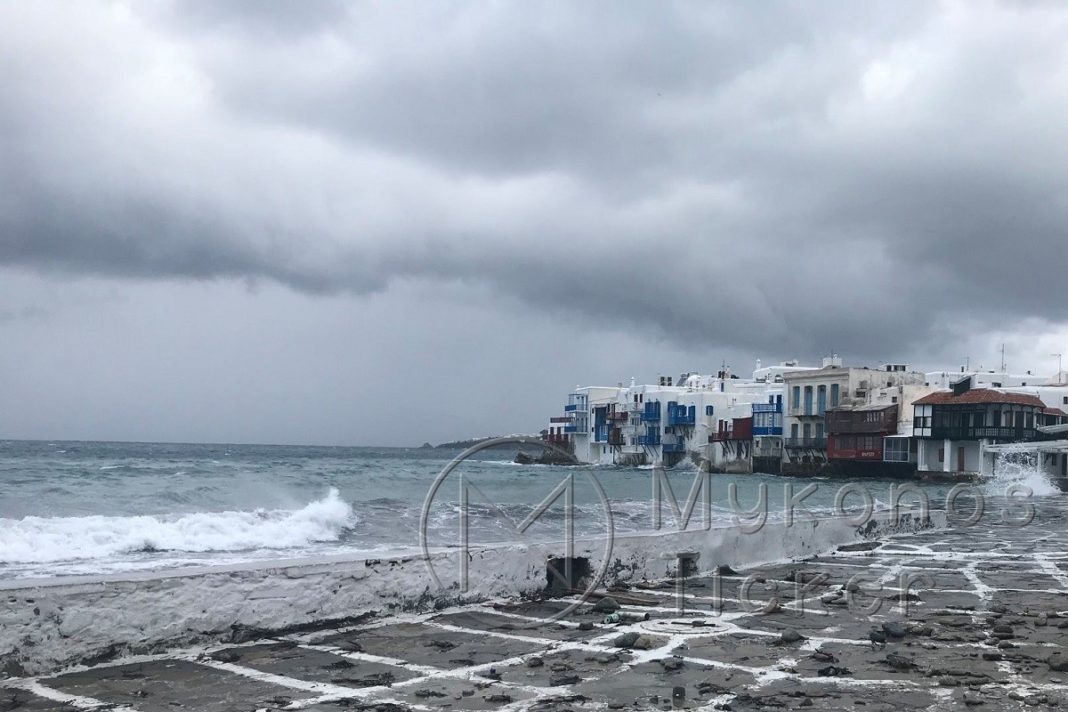 Weather Forecast: Bad weather is coming on Wednesday – Heavy rains and storms in the Cyclades

Heavy rains and thunderstorms, on Wednesday with a drop in temperature.

According to the forecast of meteorologist Klearchos Marousakis, on Wednesday and Thursday morning temperatures will be quite low for the season, mainly in the eastern and northeastern parts.…………. Alongside, Heavy rains and thunderstorms are expected in the southern seas, while the winds in the Aegean will blow windy.

End, even snow is expected at an indicative altitude 800 meters and over.

According to Klearchos Marousakis, however, towards Saturday the mercury will show a spectacular rise where we may see it approach or even locally exceed 25 ° C.

The forecast of Klearchos Marousakis in detail:

WINTER IS BACK TEMPORARILY AGAIN
We expect another short appearance of Winter in our country in the middle of the week that has just begun. The reason for this development, as we can see in our first map, is the "OMEGA" blocker which will spread to a large part of Central Europe, allowing a disturbance from the region of Ukraine to "violate" the rules of its general circulation. atmosphere that want the barometric lows to move from west to east and so it will reach our country moving southwest.

COLD INVASION VIEWS
As this barometric low that we analyzed above from the region of Ukraine will move towards our country, will carry in its course cold air masses as we can see in our second map with the blue shades. This will cause the temperature to drop significantly bringing even snow to an indicative altitude in 800 meters and over.

STORMY NORTHERN IN THE AEGEAN
This transfer of cold gas masses will create a strong gradient (pressure difference) in the Aegean and the eastern parts of the continent resulting in the prevalence of stormy north winds in these areas on Wednesday. From Thursday the north winds will start to recede and from Friday they will turn to south winds as we can see in our third map.

HEAVY RAIN IN THE SOUTH - RISK OF FLOOD
The barometric low that will affect our country will cause intense instability in the atmosphere and so we expect Heavy rains - storms in the southern seas. As we can see in our fourth map with the colors.

At the heart of these phenomena will be found mainly Crete, Cyclades and possible parts of Evia with emphasis on mountainous areas where there should be a preparedness for the possibility of floods. We conclude this assessment taking into account the time we are in where the low atmosphere heats up quickly and easily and when there are very cold air masses higher up it is possible for atmospheric phenomena to occur with dynamic.

LOW FOR THE TIME TEMPERATURES - DANGEROUS FROST
On Wednesday and Thursday morning temperatures will be quite low for the season, mainly in the eastern and northeastern parts, something that is reflected in our latest map.. These two days need a lot of attention from our farmers as there is an increased chance of frost formation with emphasis on northern Greece and mountainous semi-mountainous areas in general which will create problems for crops..

However, as we can see on the same map towards Saturday, the mercury will show a spectacular rise where we may see it approach or even locally exceed 25 ° C..