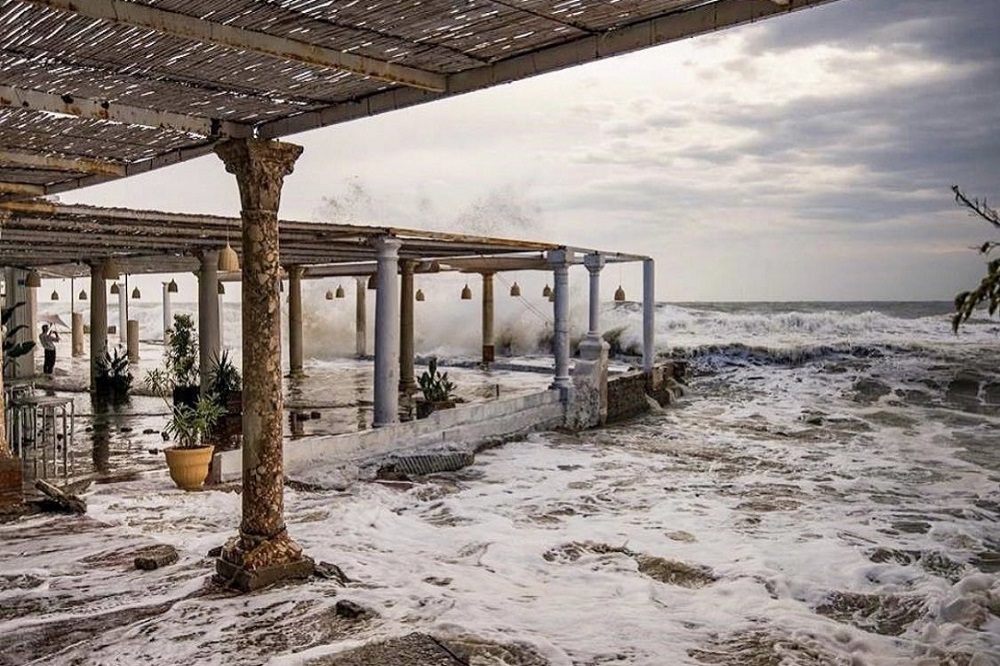 Weather Forecast: Three waves of bad weather are coming, one more powerful than the other

There is a rapid deterioration of the weather. Very high risk of floods and landslides. Where and when the intense phenomena will hit our country,….

according to meteorologist Klearchos Marousakis.

Extreme change of weather is at the gates of Greece, warns Klearchos Marousakis.

The meteorologist of the OREN TV station stressed that "we expect three waves of bad weather, one more powerful than the other ".

"The first one passes today and until tomorrow. It will mainly occupy Western Greece and the eastern Aegean. We will have, Nevertheless, a rainfall pass for other areas as well, mainly of the mainland of our country ", emphasized Mr.. Marousakis.

"Inside, now, in the Weekend a second wave of bad weather is passing. Again most of the rains are expected in the west and the eastern Aegean. A quick passage from the other areas ", added the meteorologist.

"And most important wave, which we must show mgreat care, coming in the middle of next week, close to Wednesday to Thursday. A very strong barometric low will be organized in the Adriatic region.

It will go down, Well, to our country and will give pvery heavy rains and thunderstorms, dense snowfall, even at low altitudes, to the central and northern mainland.

It will also fall temperature within this system of bad weather, will bring colder gas masses», concluded.

Successive barometric lows are forecast to worsen the weather in our country in the coming days, according to an emergency weather report issued by EMY.

1. HEAVY RAIN AND THUNDERSTORMS are expected to occur:

a. From noon on Saturday (23-01-2021) in the Ionian Islands, Epirus, the western Mainland and temporarily at night in the western Peloponnese, with weakening from the early morning hours of Sunday (24-01-2021).

b. From the afternoon hours of Sunday (24-01-2021) in the Ionian Islands, Epirus, the western Mainland and probably temporarily late at night in the western Peloponnese, weakening from the early hours of Monday (25-01-2021).

Stormy south winds, intensity 7 with 8 Beaufort will prevail from Saturday (23-01-2021) until Monday (25-01-2021) in the seas, which will probably arrive locally in the northern Aegean on Saturday night 9 Beaufort.

B. A further deterioration of the weather is forecast from the morning hours of Tuesday (26-01-2021) from the northwest, with heavy rains and thunderstorms in places, snowfall in places dense initially in the mountains and gradually and in areas with low altitude of the northern country, significant drop in temperature and stormy winds.

In the meantime, Sakis Arnaoutoglou emphasizes, there will be a lot of rain in the coming days.

Alongside, the meteorologist of the public television notes that from Tuesday night the temperature is expected to drop again, not at the level of that caused by the previous cold invasion.

"There will be a lot of rain in the next few days in the west-northwest. We will also have an obsessive behavior, mainly in the northwestern part of the country, where the snow will be located at high altitudes above 1.600 with 1.700 meters and up to those altitudes (below that is 1.600) there will be rain, emphasizes the meteorologist.

He points out that "in fact, at times these rains will be possible and the snow will melt in several areas - mostly below 1.600 meters- mountainous of Epirus, of Thessaly and the west – northwestern mainland, but also in the Peloponnese, but mainly in the northwest. It needs a lot of attention».

"And this is because these southerners will raise the mercury. It will rain, Well, at those altitudes, we will have melting snow in these parts and in these cases, usually, we have situations like gradual rising torrents and rivers, maybe we have some landslides», Mr. adds. Arnaoutoglou.

"These are, in fact, the consequences of prolonged rainfall, that is, when it rains continuously from time to time in some part of the country for several days.

At least for the next five-six days these rainfall will mainly occupy the northwest - and not only- parts and in the rest of the country we will have sunshine for long periods and from time to time there will be some showers, until the beginning of next week.

That is, the phenomena in the rest of the country will be much more temporary and not as persistent as in northwestern Greece. ", the meteorologist concludes. 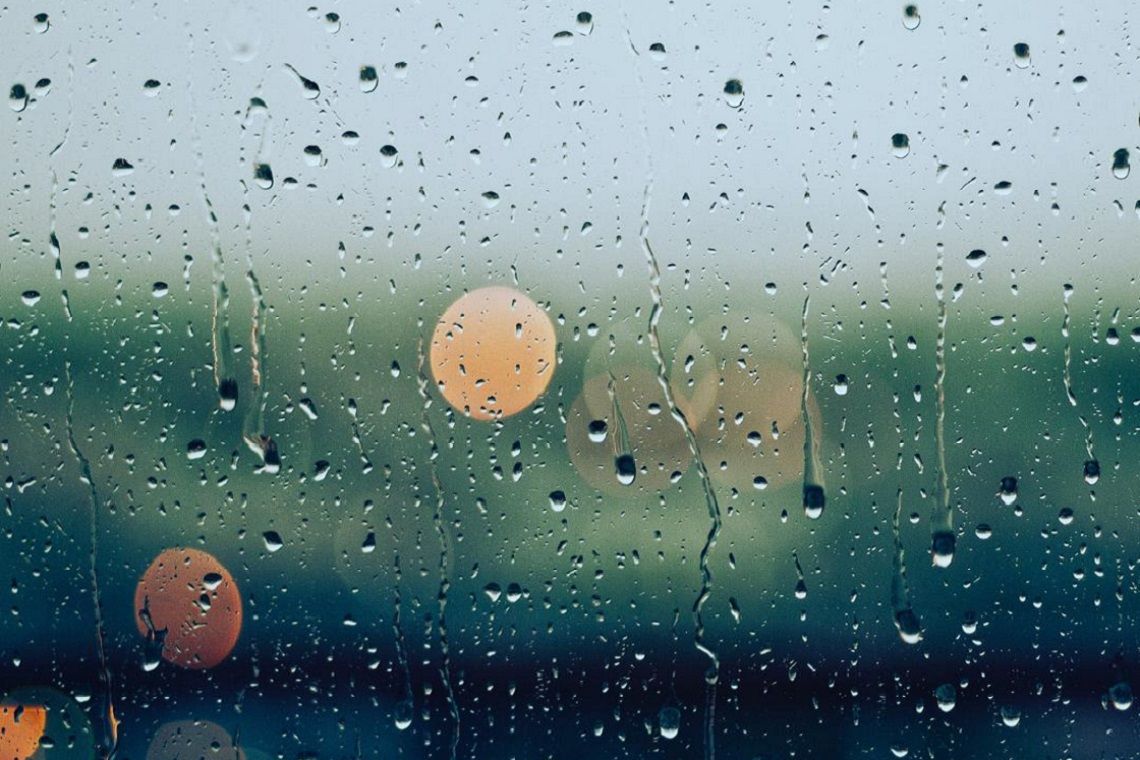 Change at the weekend

Nevertheless at the weekend the weather will gradually change. So, In western Greece, Thrace, the islands of the eastern Aegean, the Dodecanese and gradually to the rest of the country clouds with local rains and snowfall in the mainland mountains. Σποραδικές καταιγίδες θα εκδηλωθούν κυρίως στα δυτικά, where from the afternoon and from
the northwestern phenomena are likely to be intense.

The winds south southwest will blow 5 with 6, in the seas locally 7 and in the afternoon until 8 Beaufort. From the evening in the west they will turn to the west and will weaken.

The temperature will not substantially change.

Increased clouds with local rains and sporadic thunderstorms mainly in the islands of the eastern Aegean in the morning and in the west in the early morning hours and again from the afternoon, where the effects will be strong in places.

snow will occur in the mainland mountains of central and northern Greece, which from the afternoon to the northwest will be dense in places.

The temperature will rise slightly to the south.

The weather next week

snow will be noted in the mountains of mainland Greece.

The winds will blow west from west directions 6 with 7 and in the Ionian probably locally 8 Beaufort with rapid attenuation. To the east south southwest 6 with 7 Sea and local 8 Beaufort, turning from noon to west southwest with weakening.

The temperature will not substantially change.

Cloudy with rain initially in the western and eastern Aegean where sporadic thunderstorms will occur and gradually in the rest of the country.

snow will occur in the mainland mountains and in the afternoon in the northern semi-mountains. The phenomena in the west, the central and northern are likely to be locally strong.

The winds will blow southwest 5 with 6 and in the seas locally 7 Beaufort. Gradually west and north will turn to north with the same intensity.

The temperature will drop slightly to the north.

Cloudy with local rains and mainly in the southern seas – seaside sporadic storms. Snowfall will occur in the highlands – semi-mountains as well as in areas of central and northern Greece with low altitude.

The winds will blow north from north and south from west, 5 with 7 Beaufort.

The temperature will drop significantly across the country.

SYRIZA leader Alexis Tsipras: You had the opportunity to do basic self-criticism and take on basic political responsibility, you did not