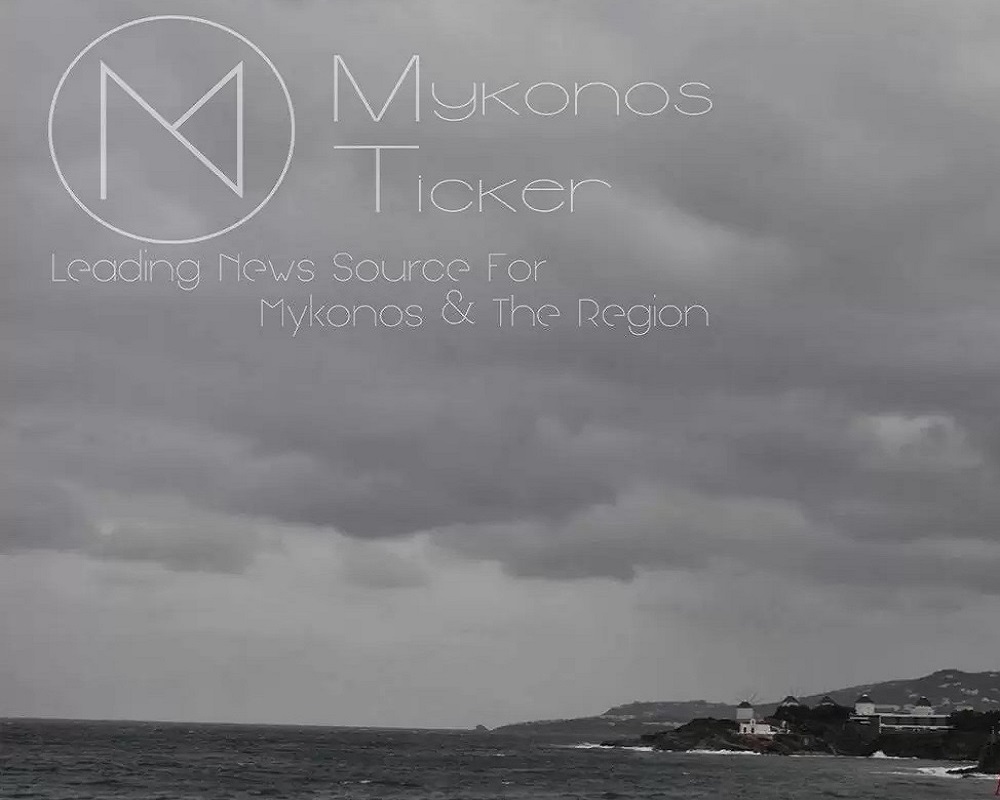 Mykonos TickerLeading news source for Mykonos and the Region
Mykonos Tciker Greece
By Wednesday, there will be three waves of bad weather in the country!! Three consecutive waves of bad weather, moving from northwest to east, are expected to affect Greece by the middle of the new week,…..

according to the weather forecast of the National Observatory of Athens, meteo.gr.

The first wave of bad weather will affect Western Greece from noon on Saturday, with locally heavy rains and thunderstorms and snowfall in the mountains. the intense weather conditions will gradually expand to almost the whole of the mainland and at night in the Central and North Aegean. Locally windy southerly winds will prevail in the seas. Until noon on Sunday, the weather will show temporary improvement almost all over the country, with parallel temporary weakening of the winds.

The second wave of bad weather, which will have the same characteristics as the first, is expected to affect Western Greece from Sunday afternoon and gradually until Monday morning almost the whole country.

The third wave of bad weather will affect the country on Tuesdays and Wednesdays, with the data so far showing that it will be accompanied by a significant drop in temperature and possibly snowfall, even in areas of B.. Greece with low altitude.

Weather Forecast: Three waves of bad weather are coming, one more powerful than the other