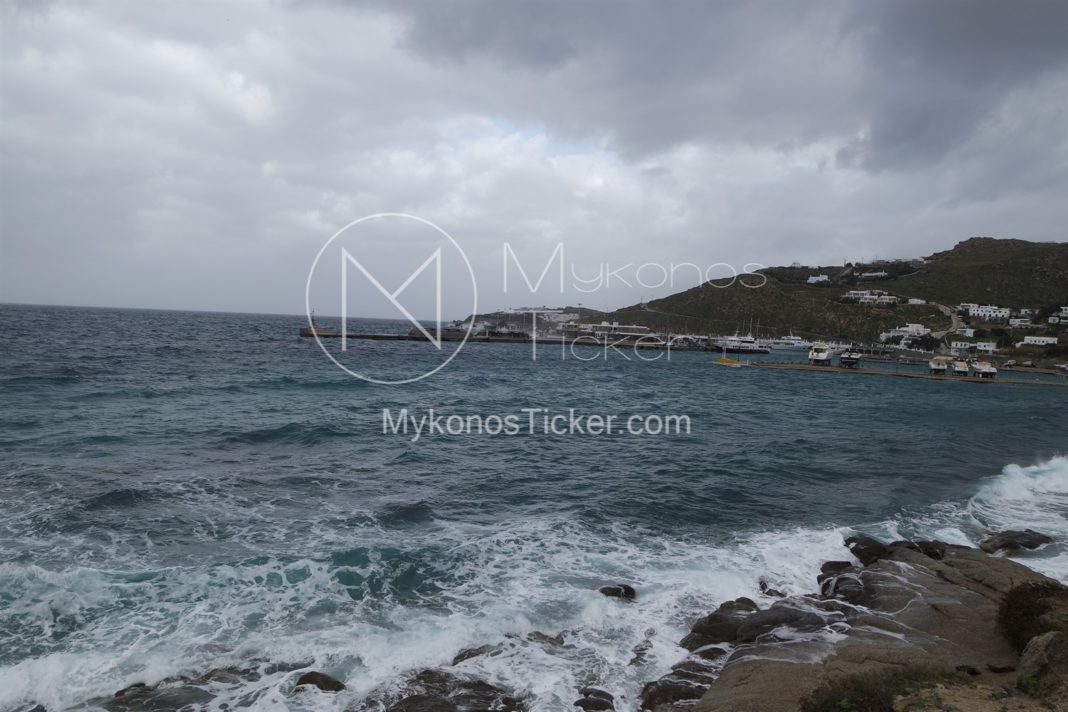 Βελτιωμένος καιρός θα επικρατήσει από αύριο, Third 19 January, in most parts of the country, as the temperature rises………
Rain or sleet and sporadic thunderstorms, mainly in the Cyclades and Crete, as well as snowfall in the mountains and semi-mountains of the country, will take place on Tuesday. indeed, the weather is expected to improve, with rising temperature, in the rest of the country. also, limited visibility, fog and heavy frost will occur on Monday night and early tomorrow morning on the mainland.

More detail, on Tuesday 19 January, Sporades, in Evia and mainly in the Cyclades and Crete there will be local rains or sleet, while snowfalls are expected in the mountains and semi-mountains. Sporadic thunderstorms will occur in the Cyclades and mainly in Crete, The effects until the evening will be limited to Crete. Improved weather will prevail in the rest of the country. In the night and early morning hours, visibility on the mainland will be limited and fog will form, while at the same time there will be locally strong frost, especially in Western Macedonia, where locally it will be total.

The temperature will range from Western Macedonia -16 until -2 grades, in the rest of Northern Greece from -9 until 5, in Epirus and Thessaly from -7 until 7 grades, the rest of continental -5 until 9, the islands of the Ionian -1 until 9 grades, in the islands of the North and Northeast Aegean from -1 until 6 degrees in the other island parts of the Aegean and in Crete from 2 until 10 Celsius degrees.

The winds will generally blow from northwest directions with intensities up to 6 Beaufort and in the South Aegean locally 7 Beaufort.

Attica expected clouds, denser in the north and east of the prefecture. The winds will blow northwest with intensities 3-5 Beaufort. The temperature will range from 1 until 7 grades, but in the north it will be maintained 3-4 points lower.

In Thessaloniki, sparse clouds and limited local visibility are expected in the night and early morning hours.. The temperature in the city center will range from -3 until 4 grades, but peripherals of the city will be minimal 5-6 lower grades.

Previous article Digital COVID-19 vaccine passport: There will be no bans on visits to our country!! Vaccination will not be a prerequisite!!
Next article Coronavirus vaccination certificate: At Gov.gr the certificate for the vaccination, but also through KEP
Share
Facebook
Twitter
Pinterest
WhatsApp
Linkedin
ReddIt
Viber
VK
Tumblr
Telegram
Mix
Digg
LINE
Email
Print