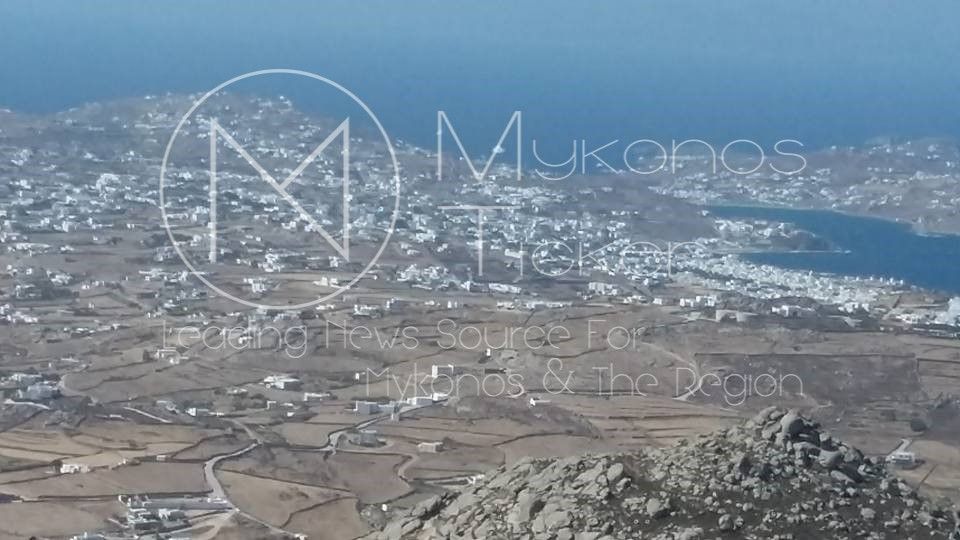 RIS: Extension of up to six months for arranging arbitrary

The Environment Ministry intends to extend from four to six months for the past owners must put their arbitrary. No new law is to provide for their legalization……….

In extending four to six months for the placing illegal buildings and constructions in the law "settlement" directed the Environment Ministry to prevent and more negligent to integrate the provisions of, as officials make clear that there will be no new law for the legalization.

Recall that we have already entered the last month of the law into force 4495/17, as under the existing provisions and inclusion arbitrary statement can be made until 8 November, while the 9 November the arbitrary owners would risk becoming anytime confronted with bulldozers, which can move summarily.

According to reports, inputs accept the leadership of the ministry concerning extending the law for six months in order to lengthen it until next May.

Then expected to implement the Electronic Identity Building, whereby the construction owners with arbitrariness can to "settle" for a specified period.

Proposals that time be set at one year, although in practice it may take several more.

The extension will ultimately give, as mentioned by the ethnos, can be smaller, but as shown will be at least four months indicate sources of technical industry, since otherwise risk being left in the air many cases transfers will occur.

official announcements, in any case, They have not done yet and therefore those who are determined to qualify under the law, it is advisable to rush to do it because time is running out.

During the extension the level of administration fees and fines will be the same. However if the Electronic Identity Building activated, prices should be expected increased especially for large arbitrariness as the Ministry of the message he wants to give that "fits" it will be an eternal process.

The Electronic Identification System Building, which has undertaken to complete the Technical Chamber of Greece (TEE) is located, in any case, in the final stage and is expected to be able to be functional even one month after adoption of the ministerial decision will activate.

Essentially an extension that will be given will fill the gap until the activation and implementation of the Electronic Identity.

However, for buildings and structures that have large arbitrariness and categorized 5, even for the period will remain open through the applicability of Electronic Identity, fines considered to be even more spicily.

The definitive solution for these buildings will be given to the activation of the Digital Land Bank, which was to be introduced in development polynomoschedio, something that was not because of law issues.

Contrary to mikroafthairesies, many of which still have done without the knowledge of owners, considering the platform to keep open the possibility of entry by Electronic Identity Building in order to be declared, as if there is arbitrariness impossible or transfer.

Recall that until now on the basis of arbitrary inclusion of TBT, declared about 1,5 million arbitrarily, while revenue from arbitrary statements of the relevant laws of the 2011 and after approaching 2,4 billion.

The entry fee for up arbitrarily 100 sq.m. It is set to 250 euro and increases in proportion to the area to the 10.000 euro for years over 5.000 sq.m., and the fines provided for reductions in cases of single payment, but also on social criteria (Disabled, many children, etc.).

Lost Voices of Hagia Sophia: This is how the chants in Hagia Sophia were heard before 1.000 years - Stanford Research (videos)

After many years of research, Stanford University revived the way chants were sung in Hagia Sophia..
Read more

We would like to inform you that tomorrow Wednesday 8 July, the crew of DEYA. Mykonos, will repair the fault in the water supply network in ...
Read more
Previous article Cash withdrawal: What must be careful at ATMs!! Helpful tips!!
Next article Cigarette end in schools!! The Ministry of Health Circular!!
Share
Facebook
Twitter
Pinterest
WhatsApp
Linkedin
ReddIt
Viber
VK
Tumblr
Telegram
Mix
Digg
LINE
Email
Print

Lost Voices of Hagia Sophia: This is how the chants in Hagia Sophia were heard before 1.000 years - Stanford Research (videos)

After many years of research, Stanford University revived the way chants were sung in Hagia Sophia..
Read more
Coronavirus - coronavirus

Coronavirus Pandemic: The presence of SARS-CoV-2 in urban wastewater is detectable again

At the levels of the last days of April 2020, that is, when strict austerity measures were still in place to limit coronary heart disease,...
Read more
Breaking News

Finally the festivals and other mass events until the end of July!! What was decided at the meeting at the Maximos Palace and the Committee of Experts of the Ministry of Health!!....... Brake...
Read more
View more