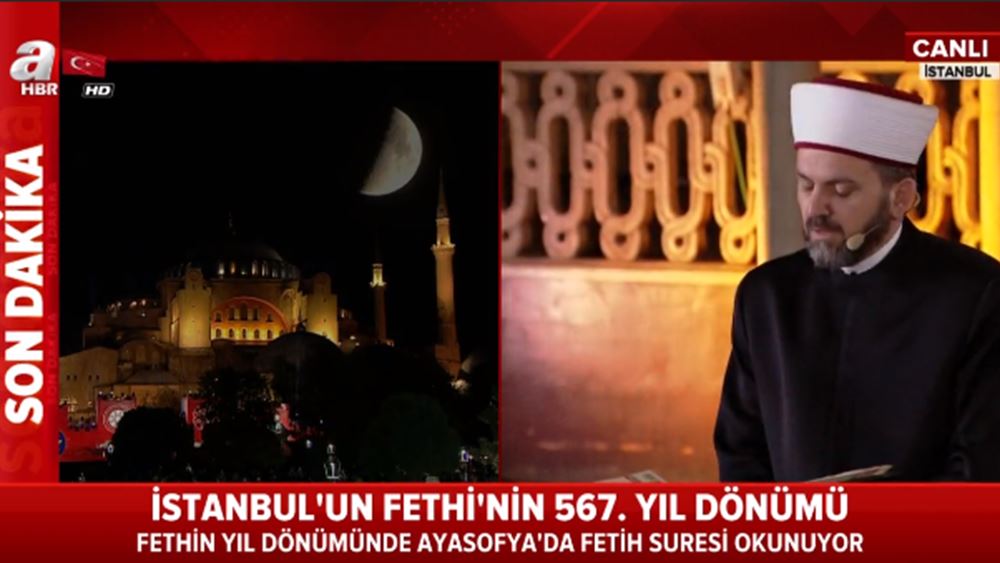 "Today's reading of excerpts from the Qur'an within Hagia Sophia, a UNESCO World Heritage Site as part of the World Cultural Heritage Site and operates as a museum 1935, recommends……. unacceptable attempt to alter its monumental character but also a challenge to the religious sentiment of Christians everywhere ", the Foreign Ministry said in a statement.

He further emphasizes that this action offends the international community and re-exposes Turkey, which must respect both the Convention for the Protection of the World Cultural and Natural Heritage and UNESCO, of which he is a member.

Finally, the Foreign Ministry once again calls on Turkey to respect its international obligations and to stop subordinating its highly honorable role in internal affairs as the custodian of such an important monument as Hagia Sophia, belonging to all mankind.

The new five euro banknotes signed by Christine Lagarde are now a fact!! She presented them herself ..... Ms. Lagarde was photographed with pride ...
Read more
Previous article Coronavirus Shipping – Plakiotakis: We have strengthened shipping and our sailors in every way and by all means
Next article Radical changes in KTEO!! Old cars will be tested, every year instead of two!!
Share
Facebook
Twitter
Pinterest
WhatsApp
Linkedin
ReddIt
Viber
VK
Tumblr
Telegram
Mix
Digg
LINE
Email
Print

The director of the Gamalei National Scientific Center for Epidemiology and Microbiology in Moscow, which developed the Russian Sputnik-V vaccine, Alexander Ginsburg hopes that ...
Read more
Breaking News

Building in Mykonos: Question in parliament by MERA25 on the plethora of irregularities in building permits in Mykonos