Mykonos Ticker
Leading news source for Mykonos and the Region 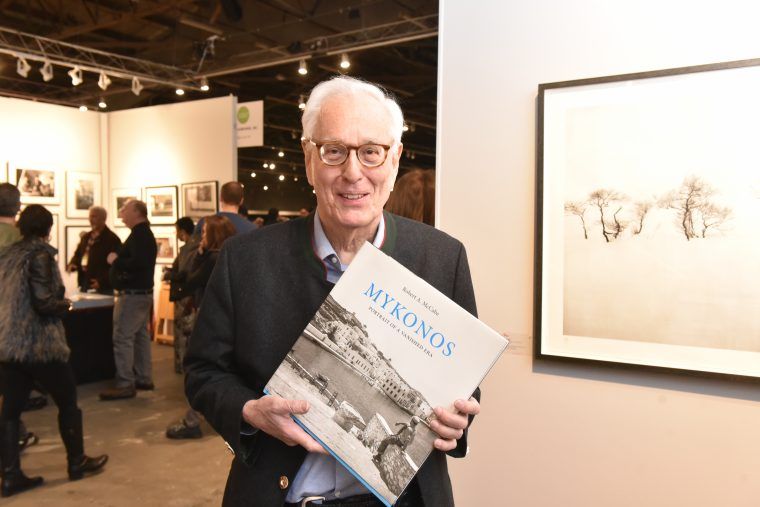 NEW YORK – Renowned photographer Robert A. McCabe signed copies of his latest photography book, Mykonos: Portrait of a Vanished Era, at the Galerie Sit Down booth at The Photography Show presented by The Association of International Photography Art Dealers (AIPAD) at Pier 94 on Manhattan’s West Side on April 6………

Mr. McCabe spoke with The National Herald at the show about the book, his work, Greece, and especially the Greek islands. When asked how long it took to put together the Mykonos book, he told TNH that it took one year and added that he was able to add names to some of the photos taken 60 years ago with the help of locals. Research Coordination for the book was by Ioanna Samiotaki, Sophia Hiniadou Cambanis and Mikis Cambanis. 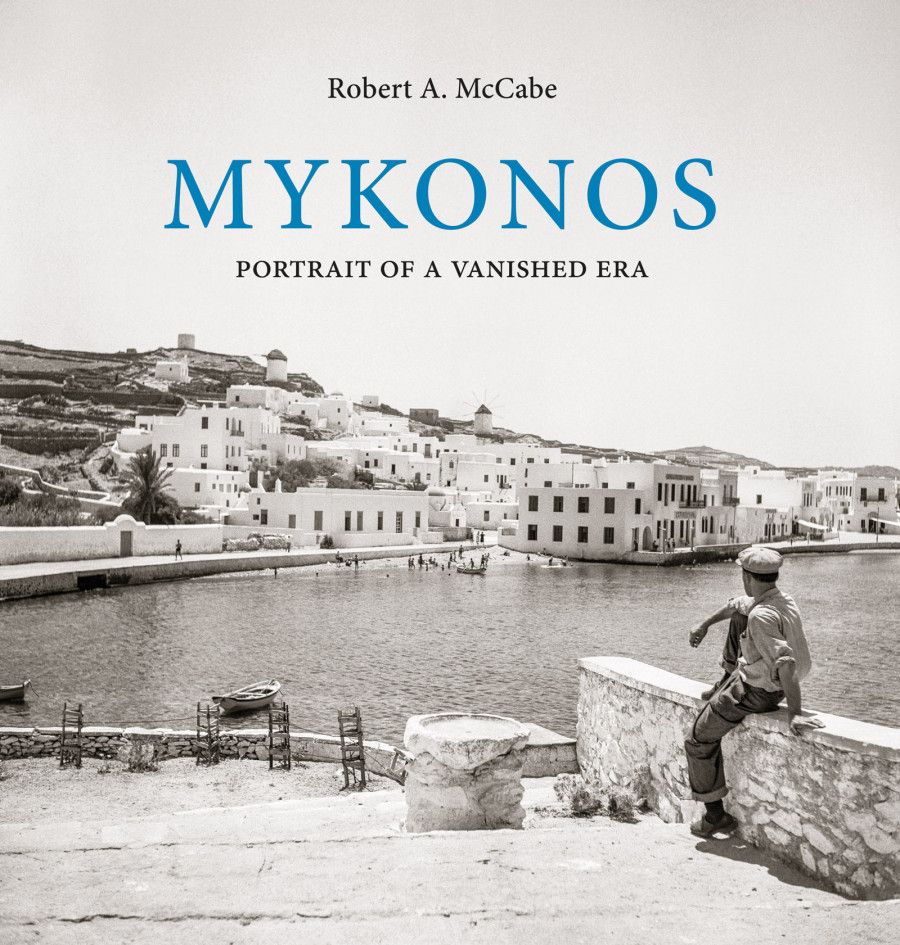 He also told TNH that he is usually in Greece this time of year, but was invited to hold the book signing at the Galerie Sit Down booth at this year’s AIPAD show. Last year, he noted, the gallery which is based in Paris had exhibited his photos of Greece as well at the show.

The prints made by McCabe of the Mykonos photos were also available at the booth, so viewers could compare and contrast the differences between the prints made in a dark room and the versions in the book. He pointed out the differences for TNH, showing a print of a photo with passengers on a boat. McCabe noted there are many more changes which can be made with a digital version than can be done in the dark room.

McCabe’s photographs capture a specific moment in time for the famed Greek island, before the tourists discovered it and transformed Mykonos into one of the top travel destinations in the world. The book allows the viewer to experience the unspoiled beauty and traditional culture of the legendary Greek island, as it was in the late 1950s.

As noted in the book’s description, there are hundreds of Greek islands. Why did Mykonos become, in just a few decades, one of the world’s top vacation spots? Part of the answer can be found in McCabe’s remarkable images, which show the natural beauty and traditional island culture that initially attracted artists, writers, and celebrities like Jackie Kennedy.

With photographs taken in 1955 and 1957, many for National Geographic magazine, the book recreates a daylong visit to Mykonos in the days before cars, running water, and electricity. The journey begins with disembarking in the Old Harbor and continues along the picturesque streets of Chora (the main town), as the townspeople go about their daily tasks. Also included in the book, a visit to St. Panteleimon Monastery on a festival day, and a trip by caïque (a traditional wooden boat) to see the ruins on the neighboring island of Delos.

Every photograph is reproduced as a full-page tritone of surpassing quality, and accompanied by a detailed caption. The book will undoubtedly fascinate modern-day visitors to Mykonos, as well as those who trace their roots to Greece.

Robert McCabe was born in Chicago in 1934. He started taking photographs in 1939 with a Kodak Brownie given to him by his father, who published a tabloid newspaper in New York. In 1957, he photographed widely in the Cyclades at the request of the National Geographic magazine, and he continues to photograph in Greece today. His fifteen published books encompass Greece, Cuba, China, Antarctica, and Central Park, and his forthcoming projects include The Last Monk of the Strofades, The Greeks and Their Seas, Santorini Before the Earthquake, pancreatic 1965, A Portrait of Patmos, and The Waterways of France. He believes that photography is the perfect medium for what he calls poetic realism.

McCabe told TNH that his book on Santorini will be published next. He noted that it might not be possible to identify names in his Santorini photos since the 1956 earthquake was so destructive, some left, never to return, and the island’s old-timers are having trouble recognizing houses which were later reduced to rubble in the devastation. The book will certainly offer a priceless look at the iconic island through McCabe’s unique images.

Mykonos: Portrait of a Vanished Era by Robert A. McCabe is available online and in bookstores.

Photographer Robert A. McCabe with his latest book, Mykonos: Portrait of a Vanished Era, at the AIPAD Photography Show in New York. (Photo: TNH / Kostas Bay)

What to Read Next...

Continue to the category
Living

In Case You Missed It

Mykonos Ticker
Leading news source for Mykonos and the Region